One of the most effective tools for underwater exploration 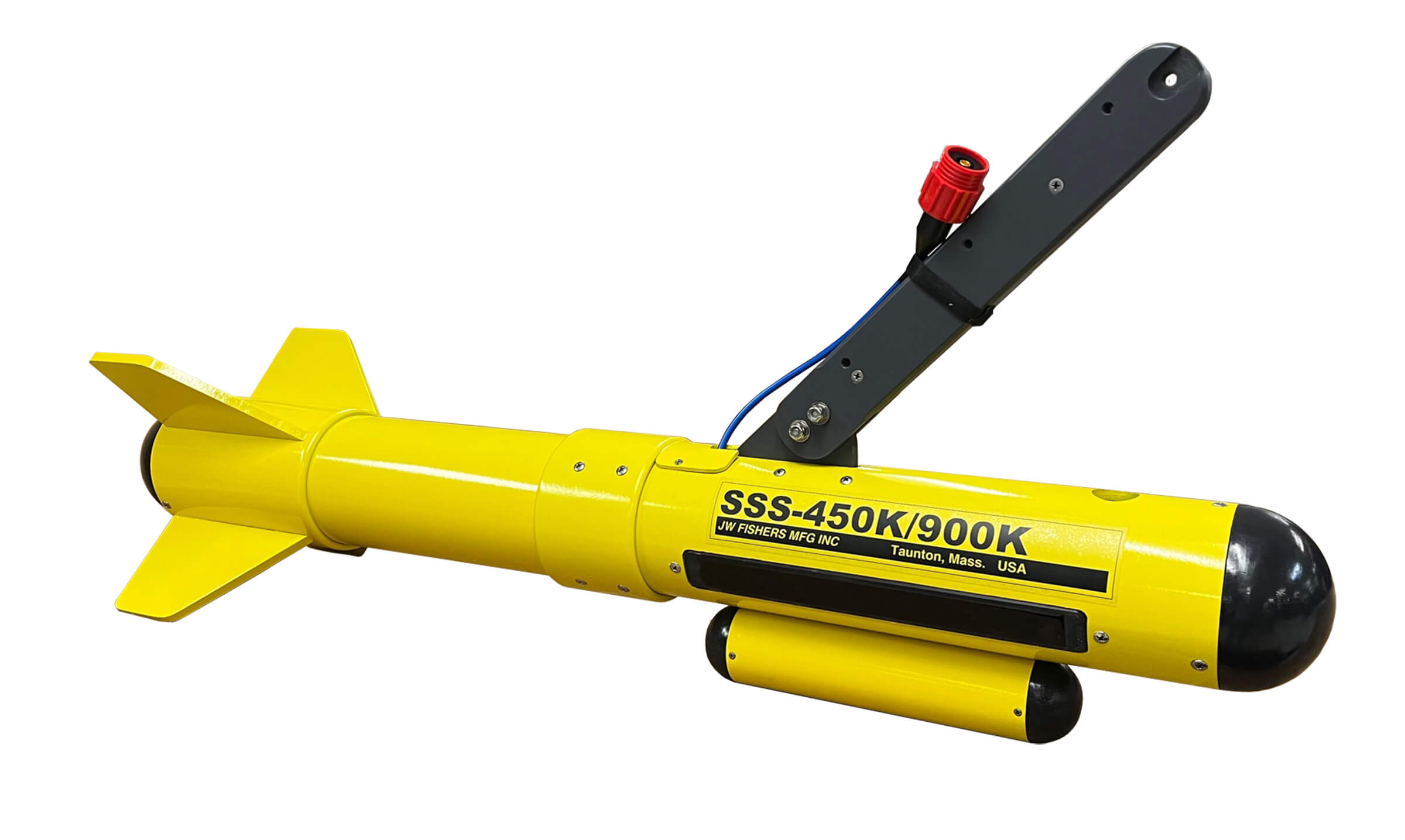 Great technology at a fraction of the competition’s cost.

JW Fishers 450/900 kHz side scan sonar is the “go to” sonar system for all your side scanning needs. The CHIRP technology produces images at ranges more than 50% greater than CW technology. The two unique frequencies allow the operator to maximize their search area with Dual Simultaneous Transmission. Side Scan Sonar is one of the most effective tools for underwater exploration because it can search a large area quickly and produce a detailed picture of anything on the bottom, regardless of water clarity. Fishers SONAR VIEW 2 software gives the operator the same great features from the original, but with a redesigned configuration and added features not seen in previous versions allowing complete control over the systems operating parameters.

One of the most effective tools for underwater exploration

Side scan sonar is one of the most effective tools for underwater exploration because it can search a large area quickly and produce a detailed picture of anything on the bottom, regardless of water clarity. When looking at a side scan image it appears as if the water has been removed and the operator is getting an unobstructed view of the ocean floor, lake bottom, or river bed. This CW (continuous wave) system has been the backbone of sonar searching for decades and still proves to be the most economical option for those with tight budgets. High resolution images are sent from the towfish to a topside Dell® computer (included with the system) for display and storage. Fishers SONAR VIEW software gives the operator complete control over the system's operating parameters. 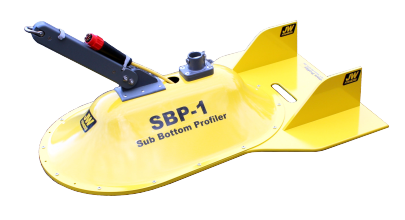 Sub Bottom Profilers are one of the most effective tools used to identify and characterize layers of sediment or rock under the seafloor. The sub bottom profiler is similar to that of a simple echo sounder. A transducer releases a sound pulse vertically downwards towards the seafloor, and a receiver records the return of the pulse once it has been reflected off the seafloor. Unlike a simple echo sounder, parts of the sound pulse will penetrate the seafloor and be reflected off of the different sub-bottom layers or strata layers. This will show any sort of density disturbance which will indicate to the user that there is something foreign beneath the surface.

Fishers' SBP-1 has an advantage over most other competition as this unit is either pole mountable for shallow water searches or boat tow-able for search in deeper areas allowing superior versatility for the end user. The SBP-1 system includes the sonar towfish constructed of corrosion proof, high impact PVC, 150' of cable (additional lengths are available up to 1,000 feet) , the topside sonar processor box and laptop computer pre-loaded with the JW Fishers SONAR VIEW for Sub Bottom Profiler software. The 36 inch long by 24 inch wide towfish provides a very stable platform for the sonar transducer allowing the best possible images to be obtained. The SBP-1 is capable of penetrating up to 130 feet into the seabed. The sonar beam reflects off any solid objects below the seafloor and is sent topside for display and storage on the computer. An image is produced of any target of different density than the surrounding substrate.

The provided laptop computer is fully equipped with Fishers' SONAR VIEW for Sub Bottom Profiler software. The SONAR VIEW software gives the sub bottom operator complete control of all system functions with easy to use pull-down menus and icons on the screen. Size measurement tool annotation and auto bottom tracking all standard. The operator can change colors, ranges, amplifier gain, and other controls with a click of the mouse. With the computer, sub bottom images can be stored in memory for playback and post processing at any time in the future. Small file sections including screen shots can be copied for emailing. With the GPS connected to the computer the position coordinates are captured with the data. When a GPS is connected, the mouse cursor can be placed on any object on the screen and its position coordinates will be displayed. Sonar files can be stored on the computer's hard drive.

An optional Sonar Coverage Mapping (boat tracking software) feature shows the boat's path as it travels over the search area. It's all displayed on a grid with latitude and longitude as the X and Y axis. This option makes it easy to search even large areas and ensures no part of the area is missed. The map can be shown in a separate window on the same screen as the sub bottom image, or the map can be displayed on a separate monitor. The user can also control the size of the map. The map can be exported as a image with a KML file to allow it to be easily overlaid on other mapping programs (as shown at the right). All data can be stored on the PC hard-drive or disk.

An ideal tool for underwater search 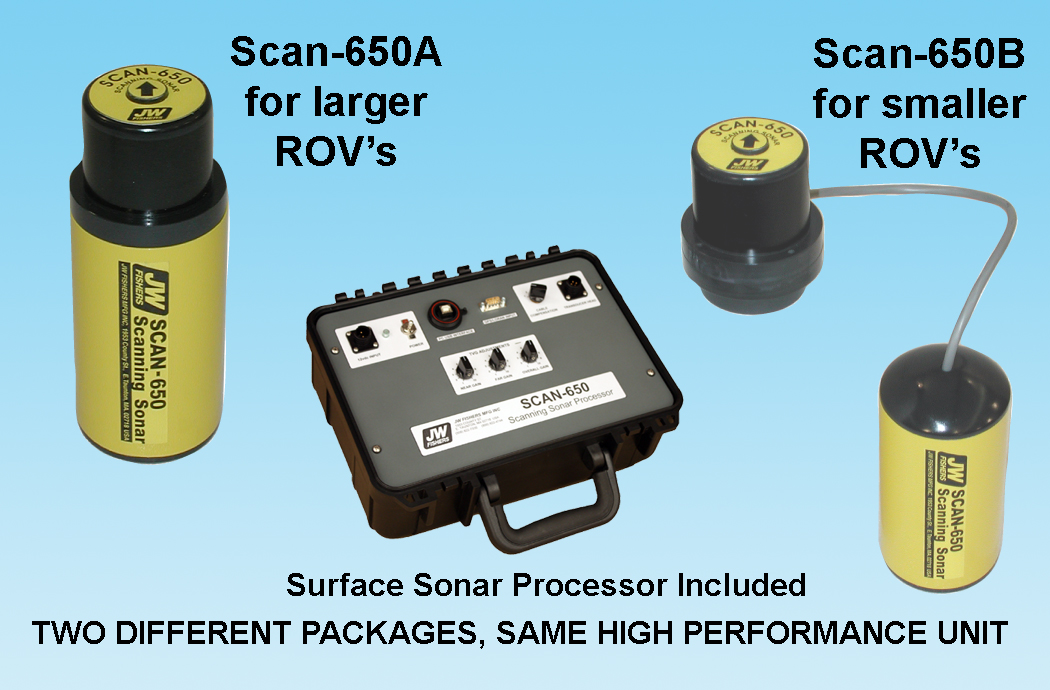 SCAN-650 Sector Scanning Sonar is an ideal tool for underwater search because it produces a "picture" of the underwater environment regardless of the water visibility. It does this by sending out a sound wave that reflects off objects on the bottom or in the water column. The reflected wave returns to the sonar head where it is received and sent to the surface for display. The reflected sonar image is displayed on a laptop computer.

Fishers SCAN-650 is a high performance scanning sonar system that can be mounted on an ROV, pole-mounted for use from a small boat in swallow water, or mounted on a tripod on the bottom. The scanning sonar serves as an obstacle avoidance system and provides target identification. The sonar beam sweeps in a 360 degree circle (or any portion of 360) allowing any object in the sonars "field of view" to be seen and displayed on the computer monitor.

In a typical application the sonar head or transducer is mounted on top of an ROV. The head scans a circle around the ROV and "sees" targets in all directions, including those that are well beyond camera range. The sonar images are displayed on the topside computer. The operator, using the sonar for direction bearings, drives the ROV to the various targets for identification and videotaping.

Scanned data files are stored on the PC's hard drive along with boat's GPS position, time, date, and other pertinent data. The recorded files can be played back at anytime. Software is provided to allow post-processing of data including editing and merging of files. Small file sections, including screenshots, can be edited out and copied to a small file for emailing. A sizing tool is included in the software which allows the operator to determine the size of the targets on the screen.

The system package includes the sonar head with "downstairs" electronics, 150 ft cable to surface, surface sonar processor, software, and a USB cable to your computer.